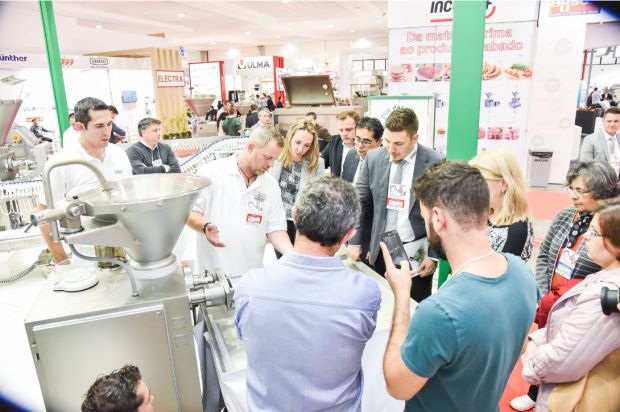 BRAZIL, Curitiba. This year’s Anutec Brazil, which will take place from 7 to 9 August in Curitiba, will bring together all those involved in the productive chain of animal protein at a single location, from farmers to packaging companies, alongside with slaughterhouses and processing companies.


There will also be a lecture program promoted by ITAL (Institute of Food Technology) given by experts from the sector, including Celso Cougo. The event expects to attract 4,000 visitors. “A fair of the size and comprehensiveness of Anutec brings everything for producers, slaughterhouses and equipment suppliers to keep up-to-date with the latest news from the industry”, says Celso Cougo.

The high participation rate of Brazil in the international beef trade has a potential to be duplicated. That is Celso Cougo point of view, a consultant and specialist in Operational Management in the Beef Productive Chain. He considers Anutec Brazil – International Suppliers Fair for the Meat and Animal Protein Industries – as the ideal space to encourage the knowledge needed to increase productivity.

“I believe the beef segment can double its exports”, says Cougo. According to the expert, some steps have already been taken to make that happen. “For 10 years now, the focus of the producers has changed. Previously the main concern was to have enough raw material to supply the productive sector, as well as the manufacturers and the market, in that order. Today, the focus is on getting to know the market better, collecting information on what to produce, how to produce and for whom to produce”, he says. According to him, Anutec provides an appropriate environment to consolidate this trend.

“Our intention is exactly to bring all those involved in a very important segment of the Brazilian economy,” says Cassiano Facchinetti, Koelnmesse Brasil Managing Director. According to him, the market figures make it clear that Brazil requires an event of this magnitude. In 2016, the export revenue from beef alone amounted to $5.3 bn., making Brazil the world’s largest exporter. The same figures apply to the poultry category: the country exported 4,090 thousand t of poultry in 2016, ahead of US that exported 3,057 thousand and holds the second place. Pork exporters should reach over 3.5 bn. t.

Facchinetti agrees with Cougo. “We organized the event in the same terms as the largest food fair in the world, Anuga Foodtec, which is also organised by Koelnmesse. With that in mind, we assure all the necessary expertise in order to provide a quality networking among the key players of the industry and bring them all together thus generating great results for the whole animal protein segment”, he says.