Record numbers in all sectors 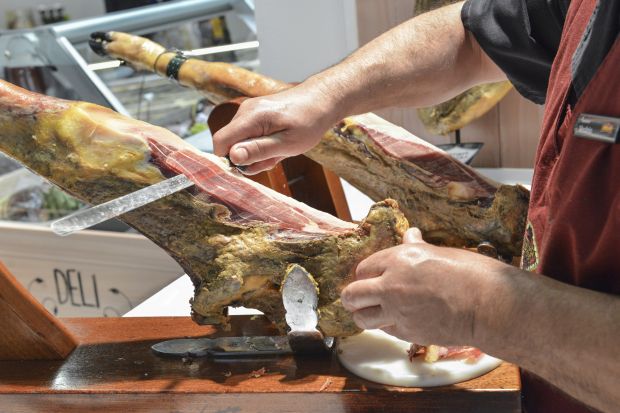 GERMANY, Cologne. After a record number of exhibitors, Anuga 2015 also increased its attendance figures. Around 160,000 trade visitors from 192 countries attended Anuga in Cologne from 10 to 14 October 2015.

The 33rd Anuga was opened on Saturday, 10 October 2015 by Christian Schmidt, the German Minister for Food and Agriculture, and Evangelos Apostolou, the Greek Minister for Agricultural Development and Food. Greece was the partner country of Anuga 2015 and the country was successfully represented by over 200 Greek exhibitors, who presented the entire variety and quality of Greece's food industry.

The international significance of Anuga for the food sector was also an occasion for numerous high-ranking political delegations from Germany and abroad to visit Anuga.

The Anuga exhibitors used the trade fair intensely to present new products and concepts to the thoroughly interested trade audience that was keen to place orders. A wide spectrum of innovative convenience and ready-to-cook products as well as vegan and health products provided numerous impulses. Many of the exhibitors targeted the growing out-of-home or to-go market.

Both the visitors and the exhibitors were highly interested in learning information about trends and developments on the international food and drinks market. According to surveys, in addition to vegan food, vegetarian offers are also in high demand as well as organic and fair trade products. Also "free-from" concepts – for example lactose-free and gluten-free products – are extremely trendy.

Halal products had their own platform at Anuga. Themes such as the appreciation of food, the reduction of food waste primarily in the industrial countries, traceability, animal welfare and sustainability will continue to shape the discussions about food and drinks in the future.