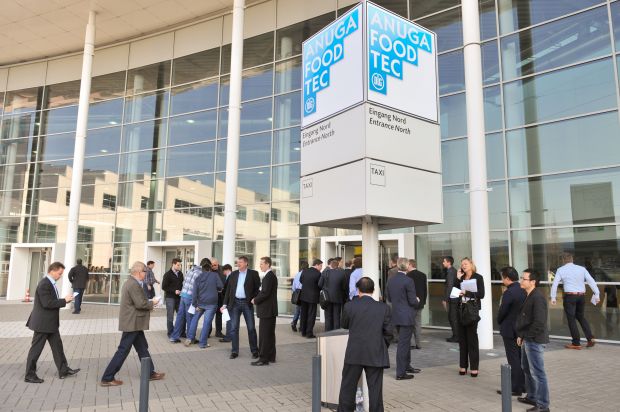 GERMANY, Cologne Anuga FoodTec, the international supplier fair for the food and beverage industry, started yesterday with an exceptional exhibitor result. Fourteen percent more exhibitors than for the last event in 2012, meaning slightly more than 1,500 companies, are presenting the newest technologies, machines and equipment for the manufacture, processing and packaging of food and beverages for four days in Cologne.

The share of foreign exhibitors has also increased. Around 56% (51% in 2012) of the exhibitors come from abroad. In this way the trade fair, which takes place every three years in Cologne, clearly confirms its international leading role as an information and sourcing platform even before the opening of the fair.

The rise in the number of exhibitors of 14% has also resulted in an increase in space. The gross floor space occupied by Anuga FoodTec in Halls 4 to 10 of the Cologne fair grounds this year is 121,000 m².

Around 43,000 trade visitors from around the world are expected this week for Anuga FoodTec in Cologne.

As the only international trade fair, Anuga FoodTec offers a cross-process exhibition spectrum oriented to all branches of the food and beverage industries. Anuga FoodTec thus meets the requirements of manufacturers for integrated and flexibly applicable technology concepts across all levels of processing.

Leading international companies from the mechanical engineering, food and beverage technology, process technology, packaging and filling sectors, as well as from many other areas are exhibiting at Anuga FoodTec 2015. In addition to this, numerous smaller and medium-sized companies are represented, whose highly specialised technologies and services are indispensable for the branch. Also, a series of major corporations that don't seem connected to the branch at first glance, for example, Exxon, with food-compatible lubricants or Bilfinger with automation solutions.

The highest numbers of foreign exhibitors are expected to come from Italy, the Netherlands, Denmark, France, Switzerland and Turkey. For the first time there will be group participations from Argentina, Denmark and the Czech Republic. Other group participations come from China,
France, Italy, Spain, Taiwan, Turkey and the USA.

An extensive supporting programme designed and coordinated by the Deutsche Landwirtschafts-Gesellschaft (DLG) will accompany the fair. The overarching theme is resource efficiency. Anuga FoodTec is jointly organised by Koelnmesse GmbH and the German Agricultural Society
(DLG).
Source: Anuga FoodTec