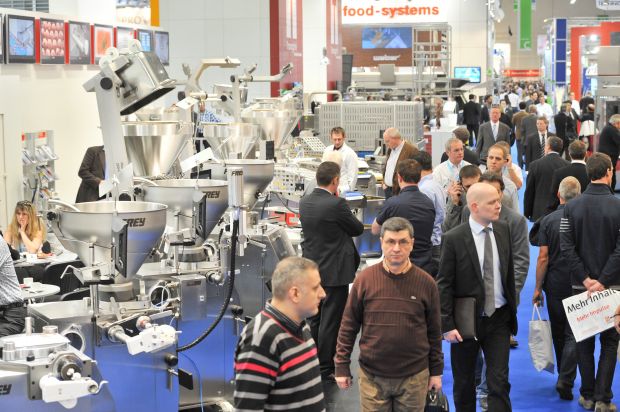 GERMANY, Cologne Over 45,000 visitors recorded at Anuga FoodTec – Large international involvement. The Anuga FoodTec in Cologne posted a new record in numbers of exhibitors and visitors last week. Overall investment sentiment in the food industry is strong right now, although various geopolitical crises are continuing to impact upon business growth.


Streamlining processes and making them more hygienic, raising efficiency and shortening payback periods, reducing material and energy consumption and saving labour costs - these were the main ideas addressed by the producers of machinery for the meat and meat products industry which was largely concentrated in Hall 6 at the Exhibition Centre. The participation both of leading international companies and also numerous SMEs offering highly specialist technologies significantly raised the level of expertise on hand at the Cologne event. There is no slow-down in demand for intelligent solutions for the processing, production and packaging of foods, meaning that innovation continued to play a key role. Automation was a further major target - in the expansion and restructuring of individual components and also of entire production lines. Downturns in sales in regions such as Russia were offset by increases in other regions. The current euro exchange rate is providing a boost to European suppliers.

More than 45,000 experts from the food and beverage industry spent four days discovering the latest developments in the supply sector (up by six per cent). International visitors once again accounted for more than 50 per cent. Roughly 56 per cent of the 1500+ visitors (increase of 14 per cent) came from abroad.