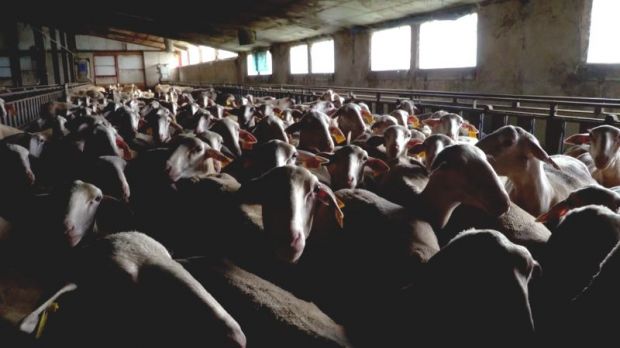 The slaughterhouse is accused that the animals were not properly stunned.

FRANCE, Paris. Animal welfare activists film unsustainable conditions at the slaughter of sheep. Politicians are reacting and the trade organisation Interbev condemns what is happening.

In France, the operation of a slaughterhouse has been shut down proportionately after the release of a video showing animal welfare violations. Agriculture Minister Didier Guillaume called on the prefect of the department of Aveyron to immediately suspend the slaughter of sheep at the Rondez plant and to carry out an inspection without delay.

According to his department, the pictures taken by the animal welfare organisation "L214" show unacceptable practices with serious breaches of animal welfare rules. Among other things, the video shows lambs that are apparently having their throats cut without anaesthetic. The video also shows an animal on a hook that appears to be trying to free itself while bleeding.

According to animal welfare activists, the slaughterhouse in question has serious structural problems and very inadequate slaughter methods. When using electricity, the electrodes would often be placed on the neck and not on the head of the animals. According to the organisation, it has filed criminal charges and also wants to call the authorities to account. According to the industry service "Pleinchamp", the practices of stunning and killing sheep in the slaughterhouse were already objected to by the veterinary authorities in 2016.

The Interprofession for Livestock and Meat (Interbev) condemned the practices shown and welcomed the intervention of the Minister of Agriculture. If the state investigations confirm the accusations, the inter-trade organisation intends to bring a civil action against the operator of the slaughterhouse in view of the damage to the livestock and meat sector.

Subject to confirmation by the official investigation, the smaller farmers' association Coordination Rurale (CR) also condemned the slaughterhouse practices. It was regrettable that the "excesses" of some slaughterhouses had an impact on the entire sector and therefore on the farmers. CR therefore calls for supervisory bodies to be set up in all slaughterhouses, on which farmers should also be represented.