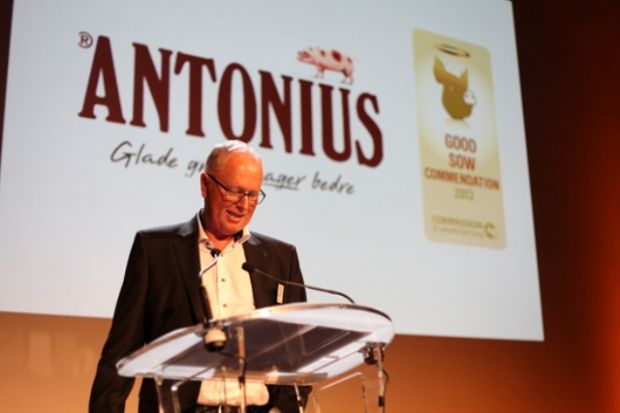 With Antonius and Den Go'e Gris (The Good Pig) brands, the pigs have more space, and more is generally done to ensure the animals’ well-being, which in turn also improves the quality and taste of the meat, according to Uffe Frovst, VP Domestic Market, DC Pork Denmark. For example, from 2017 sows must be loose-housed all the time.

This is the sixth year that CIWF is presenting the Good Farm Animal Welfare Awards. Tommy Jensen, VP Danish Crown France, was on the podium to receive the award.
Source: Danish Crown