Review of standards in slaughterhouses

From Editor fleischwirtschaft.com
Friday, May 29, 2015 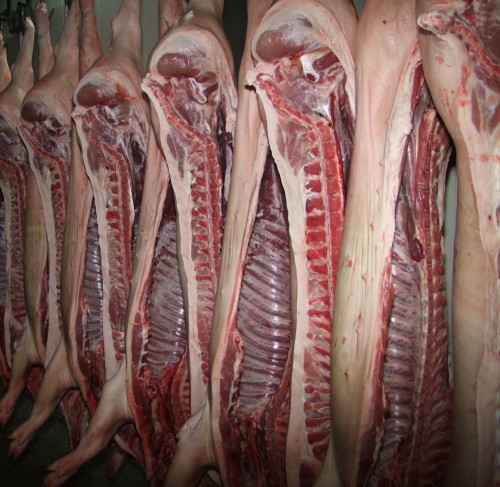 UNITED KINGDOM, London The Food Standards Agency(FSA) has completed a programme of unannounced inspections of all slaughterhouses in Britain, to ensure that the businesses are meeting their obligations on animal welfare standards and that FSA teams are checking their controls appropriately.


FSA’s unannounced inspections have shown that animal welfare is a priority for the vast majority of slaughterhouse owners.

The decision to implement the unannounced inspections was taken by the FSA when footage emerged earlier this year of apparent cruelty to animals in two slaughterhouses.

The inspections, which took place in February and March, found that animal welfare standards in 267 businesses (87%) were considered good, and 38 businesses needed improvement; with one business in England requiring urgent improvement.

EU requirements mean that businesses must appoint suitably trained animal welfare officers to ensure that there are procedures in place and they are implemented. Areas needing improvement were generally in relation to the appointment of these officers and use of the standard procedures, as well as other issues around documentation and monitoring. These issues had already been identified by official veterinarians in most premises, and enforcement action was being actively pursued.

In terms of FSA effectiveness, performance was considered good at 294 premises (96%). Improvements (mostly minor) were identified for 12 of the FSA official veterinarians/teams. The areas commonly requiring improvement were in relation to records on slaughterers and their licensing, and the need for increased physical checks and better recording of these checks.

Jason Feeney, the FSA’s Chief Operating Officer, said: “Our unannounced inspections have shown that animal welfare is a priority for the vast majority of slaughterhouse owners and most of our staff are taking steps to check the right controls are in place. Nevertheless these inspections have highlighted that there is room for improvement. We will continue to work with businesses and FSA staff to fix any problems as part of our zero tolerance approach to animal welfare breaches.”