Animal Welfare First retailer with cameras in all of its slaughterhouses 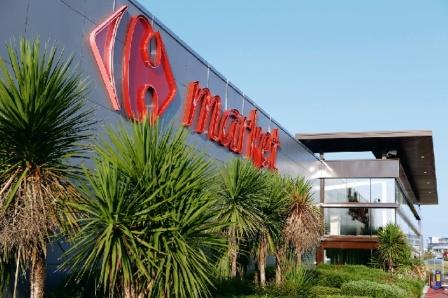 Photo: Carrefour
At the same time, Carrefour becomes the first French retailer to ask for cameras to be installed inside its slaughterhouses.
Related Topics:

fleischwirtschaft.com — FRANCE, Paris. In line with its previous commitments to animal welfare, Carrefour has launched a completely independent audit of all abattoirs which supply products to be sold under its Carrefour, Carrefour Bio and Reflets de France brands, as well as products for its Carrefour Quality Lines for compliance with the Animal Protection reference framework created by the Œuvre d’assistance aux Bêtes d’Abattoirs (an organisation founded to ensure animal welfare in slaughterhouses).
Facebook
Twitter

At the same time, Carrefour becomes the first French retailer to ask for cameras to be installed inside its slaughterhouses.

84 audits will be conducted before the end of 2019. To conduct these audits, Carrefour will use the terms of reference drawn up by the OABA based on the Animal Protection reference framework. The association will also train auditors from Bureau Veritas, the fully independent inspection and certification body, which will be carrying out checks throughout 2019.

To implement this project, Carrefour has signed a tripartite agreement with the OABA and Bureau Veritas which will be conducting the audits.

The first audit was conducted on 20 December at the Limoges slaughterhouse. Finally, to ensure complete transparency regarding all of its slaughtering conditions, Carrefour is tightening its inspection procedures. As of today, Carrefour becomes the first French retailer to ask all of its suppliers to fit cameras in their slaughterhouses.

A pilot project will be carried out in collaboration with the Cooperl cooperative. It will install cameras at its three slaughterhouses and then share the results of the test with Carrefour and the OABA.