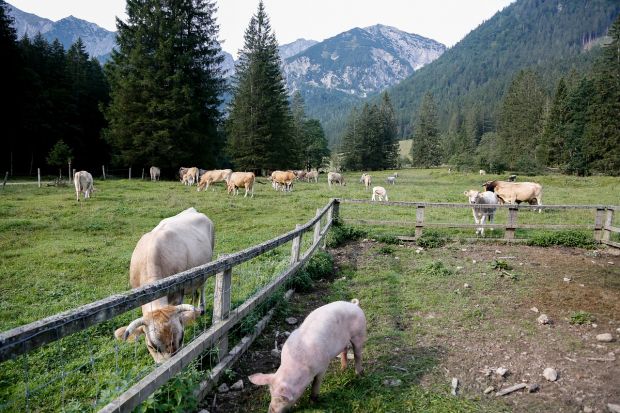 THE UNITED KINGDOM, London. Great global differences can be seen in the way animals are handled. Europe performs better than the rest of the world, but there are also big differences within the European Union.

Sweden and Austria are world leaders in the implementation of animal protection and animal welfare. The worst performer is Iran. In a new, seven-level ranking by the animal protection organisation World Animal Protection (API), in which 50 countries were examined, both EU countries are rated "B" overall, with Iran being the only country to receive the worst rating "F".  No country met the API's requirement for the highest category "A".

In addition to national legislation, the classification was based on general awareness of animal welfare issues, political support for national and international animal welfare standards for pets, zoo and farm animals, as well as in research and wildlife.

In the case of Sweden and Austria, animal welfare activists particularly emphasised the high animal welfare ambitions in the farm animal sector. Here, as with pets, both countries achieve a "B" each, and even an "A" in the protection of animals in research and science. The only areas in which the countries score worse were animal protection for wild and circus animals. In the World Animal Protection ranking, only Denmark, the Netherlands, Great Britain and Switzerland achieve an overall "B".

With regard to the treatment of animals in research and science, Germany is even exemplary with an "A" according to the animal protection organisation. However, there is room for improvement in the awareness of German politicians for the issue of animal protection. Here, the animal welfare activists see the Federal Republic only at "C", while France receives the better grade of "B" in this category.

Outside Europe, the results are significantly worse. Of the countries examined, only India, New Zealand, Malaysia and Mexico achieve a "C". A "D" was awarded to the USA, Canada, Brazil, Australia, Romania, Turkey, the Philippines, South Korea and Uruguay, among others. Argentina, China, the Ukraine, Japan, South Africa and Indonesia were awarded an "E".

In some countries, such as Germany, the basic legal framework for the protection of animals is still lacking, the organization complains. These include Morocco, Iran, Algeria and Belarus (level "F"). The only country that scores worst in category "G" is Iran. The API also noted that China, the USA, Vietnam, Egypt, Azerbaijan and Belarus must do more to protect animals and people from the threat of zoonoses.