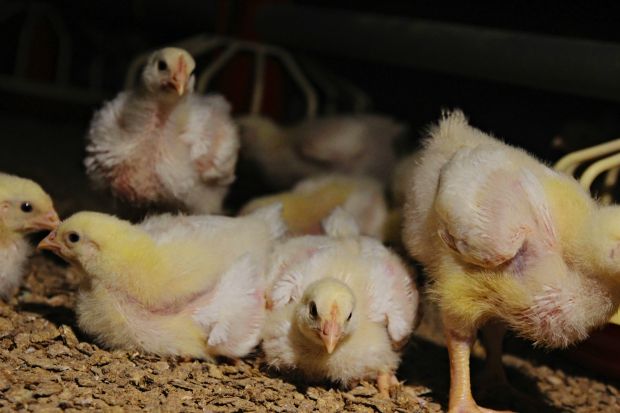 The organization identified hazards and proposed measures for poultry welfare at slaughter.

ITALY, Parma. EFSA has proposed measures to address the animal welfare hazards most commonly observed during the slaughter of poultry for food production and disease control.


A comprehensive overview published covers the entire slaughter process from arrival and unloading of birds through stunning to bleeding and killing. It identifies a number of hazards that give rise to welfare issues – such as pain, thirst, hunger or restricted movement – and proposes preventive and corrective measures where possible.

Most of the hazards are the result of staff failings e.g. lack of training and skilled personnel. EFSA’s advice highlights the importance of staff being adequately trained in the different phases of slaughter and for clear identification of roles and responsibilities.

The new scientific opinions are the first in a series of updates on welfare of animals at slaughter requested by the European Commission. EFSA will publish further opinions in 2020 on pigs (March), cattle (June), and other species (December).

They are all based on the latest available scientific knowledge and are being developed in consultation with animal welfare experts from EU Member States. The findings will be used by the European Commission in discussions with the World Organisation on Animal Health (OIE) aimed at aligning approaches to animal welfare at slaughter.

The killing of poultry for human consumption (slaughtering) can take place in a slaughterhouse or during on‐farm slaughter. The processes of slaughtering that were assessed, from the arrival of birds in containers until their death, were grouped into three main phases: pre‐stunning (including arrival, unloading of containers from the truck, lairage, handling/removing of birds from containers); stunning (including restraint); and bleeding (including bleeding following stunning and bleeding during slaughter without stunning). Stunning methods were grouped into three categories: electrical, controlled modified atmosphere and mechanical. In total, 35 hazards were identified and characterised, most of them related to stunning and bleeding. Staff were identified as the origin of 29 hazards, and 28 hazards were attributed to the lack of appropriate skill sets needed to perform tasks or to fatigue. Corrective and preventive measures were assessed: measures to correct hazards were identified for 11 hazards, with management shown to have a crucial role in prevention. Ten welfare consequences, the birds can be exposed to during slaughter, were identified: consciousness, heat stress, cold stress, prolonged thirst, prolonged hunger, restriction of movements, pain, fear, distress and respiratory distress. Welfare consequences and relevant animal‐based measures were described. Outcome tables linking hazards, welfare consequences, animal‐based measures, origins, and preventive and corrective measures were developed for each process. Mitigation measures to minimise welfare consequences were also proposed.