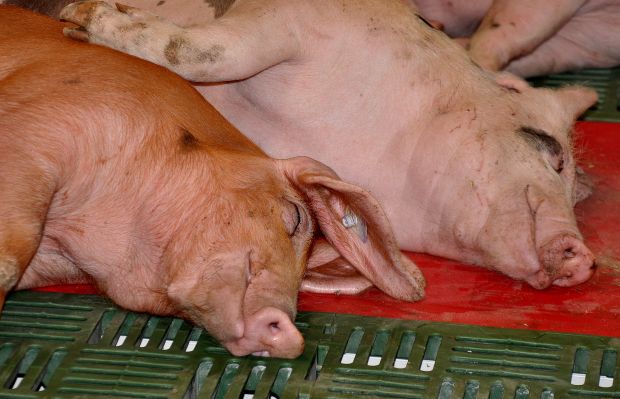 Up to now legislation on animal welfare in China has been slow.

CHINA, Bejing. China will have its first draft animal husbandry and slaughtering standards code by June, according to the Chinese Veterinary Medical Association (CVMA), which is working with 30 domestic livestock breeding and slaughtering enterprises to draft the standards.


The code will “set technical standards” for how animals are housed and fed on farm, but in the slaughterhouse will cover stunning and bleeding of animals, according to a CVMA statement. Though it is not yet clear how the standards will be legally binding. The code will cover pigs, poultry, sheep, beef cattle and dairy cattle.

The new standards are driven by a demand for better meat quality and food safety, as much as better treatment of farm animals. The CVMA statement stated how “better animal welfare standards will… also improve animal health and epidemic prevention while also helping to enhance the value of livestock products, thus contributing to food safety and traceability...”

The new code will offer new guidelines to the livestock industry on stocking density, as well as temperature, humidity and ammonia concentration levels in barns and feedlots. There will also be standards for feed and water quality and cleanliness, explained Sun Zhongchao, project director at the CVMA. He predicted the new welfare code would “improve animal health and epidemic prevention”.

Improving food safety – and thus product quality and pricing – is clearly also a goal in China’s efforts to draw up a welfare code for the meat sector.

International organisations have been keen to offer animal welfare training to China’s meat industry. The World Society for the Protection of Animals (WSPA) and Beijing Chaoyang Anhua Animal Product Safety Research Institute (APSRI) have been running a humane slaughter programme in China, which employs four native national-level trainers visiting almost 1,000 slaughterhouses. They have introduced technical standards for slaughtering pigs, based on those of the World Organisation for Animal Health (OIE).

Chinese officials have been receptive to outside advice, as the development and modernisation of animal husbandry and meat processing are priorities in the two most recent five-year plans – the country’s development blueprints set by central government. As the world’s largest livestock producer and consumer, China has more than 400 mill. cattle, sheep and goats, while herd numbers are rising as consumption of beef and dairy is backed by government as a means of improving rural incomes, while also improving the nation’s food security.

China has been slow to adopt the cause of animal welfare, but in recent years there has been increased awareness and a draft Prevention of Cruelty to Animals Law, which has been due to come before China’s parliament which sits every March.