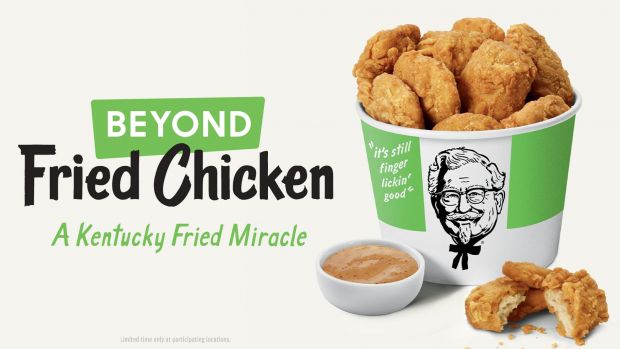 Atlantans will get the first taste of Beyond Fried Chicken as part of an exclusive, one restaurant test.

USA, Atlanta. Kentucky Fried Chicken, the world’s most popular chicken restaurant, has done what no other quick-service restaurant (QSR) has done before. It made it debut on August 27th. Beyond Fried Chicken will make its debut in a limited test, crowning KFC as the first US national QSR to introduce plant-based chicken.


KFC turned to Beyond Meat to create plant-based fried chicken that would appeal to lovers of both Beyond Meat and KFC. Atlantans will get the first taste of Beyond Fried Chicken as part of an exclusive, one restaurant test. Lucky customers can choose between nuggets, perfect for dipping, or boneless wings, tossed in their choice of three sauces: Nashville Hot, Buffalo or Honey BBQ.