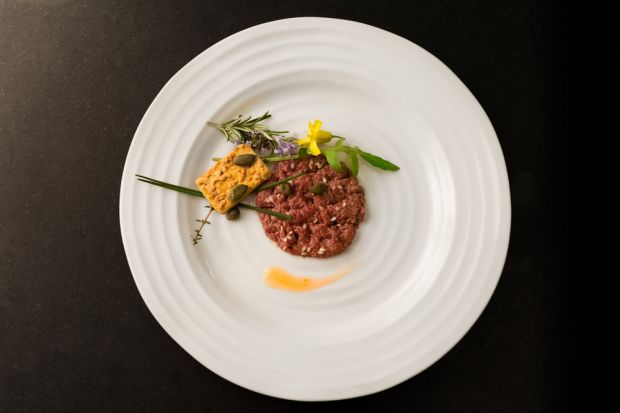 This Steak Tatar from Mosa-Meat was produced by cell reproduction.

SWITZERLAND; Basel. The Bell Food Group is expanding its stake in the Dutch start-up Mosa Meat, the world's leading company for cultivated beef. The new financing round is aimed at the commercial production and marketing of cultivated beef. With this investment, Bell Food Group underlines its claim to actively participate in shaping new trends in the convenience food sector and to take a leading role in the booming market for meat alternatives.

Bell Food Group is participating with € 5 mill. in the next financing round of Mosa Meat. The aim of this financing round is to raise funds for the construction of an industrial production plant and to advance the development and scaling of the technology. In addition, Mosa Meat aims to obtain European regulatory approval for the product by 2022. They aim to be the first company to enter the European market with a cultured meat product.

The Bell Food Group had already invested € 2 mill. in the start-up company in 2018. It supports the development and research work with its competence and know-how as one of the leading producers and marketers of meat and charcuterie products in Europe.

The start-up, based in Maastricht, the Netherlands, is the world's leading company for cultivated beef with around 40 employees. It has developed a technology that enables the production of cultured beef directly from animal cells. The company's co-founder and head of research is Professor Mark Post of the University of Maastricht, who is considered a pioneer in the production of cultured meat worldwide.

In 2013, Mosa Meat presented the world's first cultivated hamburger. In recent years, the planned scientific milestones have been reached to make it ready for the market. In 2021, production will begin in the first pilot production plant. During 2022, the first industrial production line will start up and the first products will be launched on a small scale in selected restaurants in test markets in Europe and possibly outside Europe. It is also planned that the first high-volume production plant will be operational by 2025.

According to various studies, global meat consumption will increase significantly by around 3% per year until 2030. This increase will no longer be able to be covered sustainably by existing production methods alone. According to analysts, cultivated meat is expected to reach a market share of 10% by 2030. With its commitment to Mosa Meat, the Bell Food Group intends to support the development of new production methods in the long term, which offer a possible alternative for those consumers who question their meat consumption for ethical reasons.
More about this topic 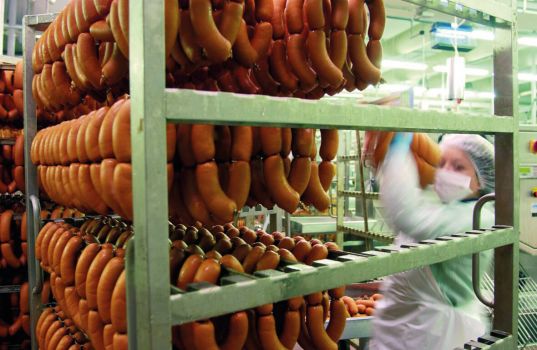