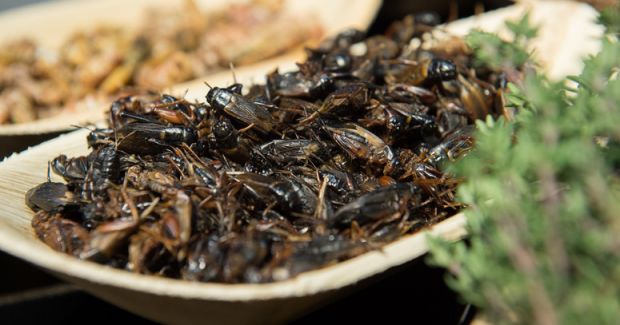 The BVE examines insects as an alternative and provides answers to consumer interest.

GERMANY, Berlin. Insects are regarded as a sustainable source of protein and are increasingly being discussed as a trend-setting alternative to meat or other protein-containing foods. In the course of Anuga, the association is asking: What does the future taste like? Will crawling animals soon find their way onto our plates on a regular basis? Appinio's opinion research app explored this question and investigated the interest in insects as food.


More than 1000 people aged 16 to 44 with German citizenship were interviewed. The results clearly show that the majority of them do not believe that insects will be eaten more in the future. 37% answered the question "Do you believe that insect food will be the food of the future?” 34% even answered "no, not at all". Only 5% assumed that insects would definitely enrich our diet. However, together with the 23% who cautiously answered this question in the affirmative, more than a quarter of the survey participants expected insects to become more widely accepted as food in Germany in the future.

Women were more sceptical than men, while there were only minimal differences among the age groups. 20% of the male respondents said that they had already tried insects. The figure for women was only 10%. Almost half (48%) of all participants would not be tempted to try insects if they were available at the supermarket. 24% were unsure.

The least interest (5%) was in lollipops or chocolate with worms, the largest in roasted insects as toppings for salad/ snacks (22%) and in pasta made from insect meal (21%). Burger from worm larvae and protein bars from worm larvae and crickets each accounted for 13%. When asked whether insects would be on their personal diet more frequently in the future, only 3% answered "yes, definitely" and 14% "rather yes". 51% definitely don't want insects to stand a chance on their personal plates. In the case of women, this figure even increased to 62%.

The belief that eating insects could solve environmental and animal welfare problems was also cautious. Only 26% saw an opportunity here, while 38% saw none. Vegetarians or vegans rated this possibility insignificantly greater.

Although around a quarter of those surveyed regard insects as trendsetting, the vast majority are still sceptical about them. Especially when it comes to the personal diet, the willingness to regard insects as an enrichment decreases. Nevertheless, it remains exciting to continue observing the development of these attitudes.