Tönnies expands in the veggie market 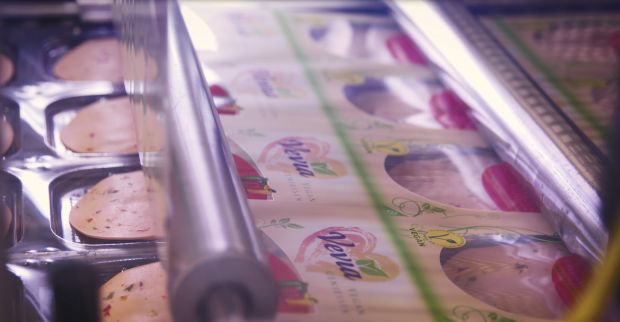 Toennies is now bundling its activities with the consumer brands "es schmeckt", "Vevia" and "Gutfried veggie" in an independent business unit of Vevia 4 You GmbH & Co. KG and independent production plant in Böklund.

GERMANY, Böklund / Rheda-Wiedenbrück. The Tönnies Group is also continuing its growth course in the market for vegetarian and vegan meat substitute products.

The company is now bundling its activities in this segment with the consumer brands "es schmeckt", "Vevia" and "Gutfried veggie" in an independent business unit of Vevia 4 You GmbH & Co. KG and independent production plant in Böklund.

Maximilian Tönnies reports that last year the company set up its own plant for vegetarian and vegan products at its headquarters in Böklund. This capacity is now being further expanded, doubling the production area, as consumer demand and confidence in the products continue to grow.

The fact that interest in vegetarian and vegan products has been growing for years is explained by the Managing Director of Vevia 4 You, Iris Heckmann. The company aims to offer a tasty product that meets high food safety standards, especially to young families and singles in an age group between 16 and 45. In GfK's current assessment of purchasing behavior, the focus is on health orientation and sustainability. This is also shown by the average annual sales change of 8% in the veggie segment over the years 2015 to 2019. In Q1/2020, the volume of certain meat substitutes increased by 37% year-on-year from just under 14.7 thousand t to just over 20 thousand t.

Maximilian Tönnies is convinced that the company is thus setting new standards to further strengthen the trust of end consumers in the products offered and to act beyond the current guidelines.

The modern production facilities at the Böklund site make it possible to meet the strict legal requirements of food legislation, so that the company guarantees separate goods receiving, picking and independent materials management. Maximilian Tönnies emphasizes that the company does not see the production of vegetarian and vegan foods as competition to meat products, but rather as an independent market segment and a good addition to the already very broad product portfolio. It is important to now take the next step of independent, separate production under the highest hygienic requirements. This is part of the t30 sustainability agenda, with which the entire group of companies is being sustainably developed.