Alltech: China has a rising class of urban pr...
Alltech

China has a rising class of urban prosumers 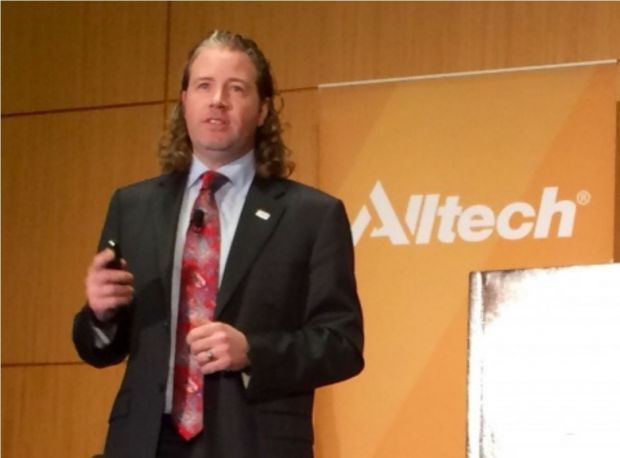 USA, Atlanta. Dr. Mark Lyons, global vice president and head of Greater China for Alltech, presented “Understanding China: How the second-largest poultry market is changing the world,” addressing the Alltech ACE principle of developing solutions that are safe for the Animal, Consumer and Environment, to an audience of 250 people during the Alltech Annual Breakfast Meeting at the International Production & Processing Expo.


There has been a great urban shift of 300 mill. people within the economic power player, resulting in 188 cities in China larger than Chicago. Additionally, China has a rising middle class that is young, urban and globally minded.

China is going through a period of transition in many areas, including agriculture. Its industry has been very fragmented, but it is evolving toward more integration and segmentation. Results from the 2017 Alltech Global Feed Survey showed that China continues to be the largest feed-producing country but is producing that feed with fewer and fewer mills. The consolidation has been vast, with a report this year of a nearly 30% decline in the country’s number of feed mills.

China is home to 20% of the world’s 60 bn. poultry birds, including 8.8 bn. broilers, 1.2 bn. layers/breeders and 4 bn. waterfowl. Currently, China produces 26% of the world’s poultry meat, and studies show that both consumption and production of poultry will continue to increase in China, and worldwide, over the next 10 years. China is also the world leader in egg production, producing almost six times more than the United States, which is in second place.

The recent trends in China are:

• Antibiotic-free is a growing trend as testing and legislation increase

• Pressure from the cost of feed materials

In the moment following challenges have to be mastered:

• High feed costs; up to two times the cost of international prices

• Flat consumption, as chicken meat is considered an inferior protein to pork, seafood and beef

• Falling exports, as China’s competitiveness is decreasing against Brazil and Thailand to its top export market, Japan

• Disease challenges, with avian influenza outbreaks as a constant reminder to consumers, which harms the image of poultry meat

Rather than simply consuming products, a new type of consumers called “prosumers” are proactively exhibiting their beliefs, ethics, standards and aspirations through their purchases. Prosumers are product and brand advocates who now significantly affect the success or failure of companies, products and brands through their involvement on social media outlets, and food producers and farmers need to pay attention to their demands.