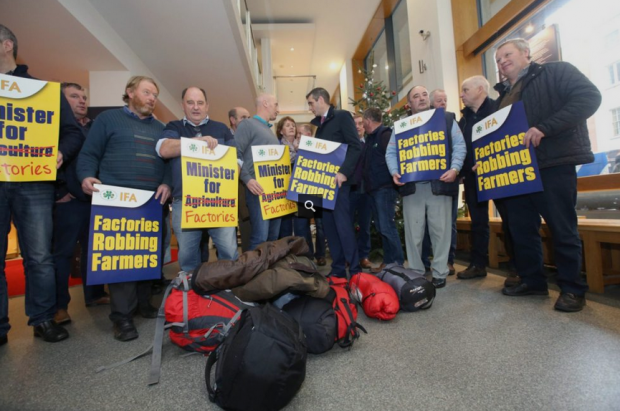 The Minister for Agriculture agreed to publish the factories guilty of trim offences after a sit-in of the IFA.

IRELAND, Dublin. Following negotiations, agreement has been reached between the IFA and Minister for Agriculture Michael Creed in relation to the publication of the factories which committed trim offences.

From January 1st, 2019 the names of the factories who commit trim offences will be published each quarter on the Department of Agriculture website. The farmers impacted will be informed and they will be fully compensated by the factories.


The Minister has also made it clear it is his intention to publish the names of the factories who committed the 19 offences in 2018 and the 28 offences in 2016 before the end of the year.