Danger for ASF in Germany on the rise 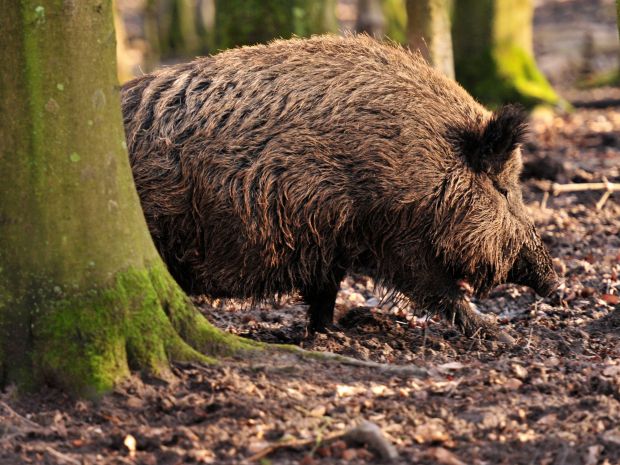 The risk of African swine fever (ASF) being introduced into Germany has risen again. At the beginning of December, the highest Polish veterinary authority confirmed several new cases in feral pigs in the district of Zielona Góra. From there to the German border it is only about 40 kilometres and thus only half as far as the previous findings in the Lebus Voivodeship, which had caused a commotion just three weeks earlier.

According to its own statements, the agricultural department is in close contact with the Polish authorities, the EU Commission and the federal states. All responsible authorities are alarmed. A meeting of Polish and German veterinarians will take place in the border area next week to exchange information and discuss how to proceed.

Meanwhile, about ten months after the start of construction, the Danish authorities have completed the construction of the 70 kilometer long game fence at the German-Danish border, which is intended to prevent the immigration of possibly infected wild boars from Germany. The costs are lower than expected. According to the Danish Nature Administration, instead of ten million euros, only about six million euros had to be spent on the construction.

According to the information provided by the competent authorities of Poland, ASF has been detected on the December the 3rd in several feral pigs in the county of Zielona Góra and in other animals in the neighbouring county of Nowosolski. Previously, the authorities in the eastern district of Wschowski had already detected the disease in a total of 20 feral pigs and ordered extensive disease protection measures.

In addition to fencing in the original outbreaks and tightened biosecurity regulations in the new "Red Zone", this also includes an intensive search for further sick or dead animals. Meanwhile, on 5 December, infection was detected in a dead wild boar in the Wielkopolskie Voivodeship in the district of Wolsztyn, bordering Lebus to the west. Although the location is much further away from Germany than the most recent cases in the Zielona Góra county, the pigs were found in the Wolsztyn county. However, the area has so far been considered ASP-free, suggesting that the epidemic is continuing in western Poland.

From the point of view of the Polish pig sector, the new case is particularly threatening as Wielkopolska is now directly affected. The voivodeship is considered to be one of the centres of pig production there. Presumably about one third of the total Polish stock is estimated to be located here. According to the voivodeship, at least 100,000 pigs are kept in the district of Wolsztyn alone. Accordingly, trade restrictions would hit the entire industry hard. Also culling of infected pig herds could quickly reach high numbers due to the comparatively dense housing.

Poland's Agriculture Minister Jan Krzysztof Ardanowski, however, sees no reason for panic even after the new cases in the west of the country. He pointed out that with the fencing in and search of the new outbreaks, the authorities had initiated the steps that had led to success in containing the disease in the Czech Republic and Belgium. According to him, the first fence 36 kilometres long and the second fence more than 50 kilometres long were built at the original site in Wschowski County, while the area around the new cases is to be enclosed by a total of 120 kilometres.

Notwithstanding this, the Polish Chambers of Agriculture have called on the Government to take 'decisive and effective measures' against the further spread of ASF. In view of the economic threat to agriculture, they consider it appropriate, in particular, to eliminate the wild boar population as far as possible. This would require, among other things, an increase in funds for biosecurity and hunting premiums. From the point of view of the chambers, higher compensation payments are also necessary for farms where the authorities order the culling of all livestock.

In the German federal states bordering Poland, ministries and authorities called for increased vigilance. The responsible Brandenburg Ministry for Consumer Protection had already sent an information letter to forwarding companies in the country by the middle of the week, in which the drivers were again asked not to bring any meat-containing foodstuffs from the neighbouring country.

State Secretary Dr. Jürgen Buchwald of the Ministry of Agriculture of Mecklenburg-Western Pomerania sees the primary goal in consideration of the acute danger of an import in to recognize a possible first entry fast. He appealed therefore to all hunters in the country to take the situation seriously and to pay attention to falling game in the area.

In Saxony, a four-day large-scale exercise was concluded on 5 December with all the actors responsible in the event of a crisis, during which the search for dead wild boars and disease control measures were trained. According to the Saxon Minister for Consumer Protection, Barbara Klepsch, the exercise showed that the Free State is "well prepared and armed in an emergency".

Baden-Württemberg's Agriculture Minister Peter Hauk, for his part, warned of the danger of unintentional introduction of the pathogen. He pointed out that carelessly thrown away and possibly contaminated with the ASP pathogen food residues from pork as well as contaminated clothing or hunting utensils would carry a high risk of spreading the disease over long distances. Travelers should therefore be aware of their special responsibility for domestic domestic pigs and wild boars, Hauk stressed.
Source: afz, fleischwirtschaft.de