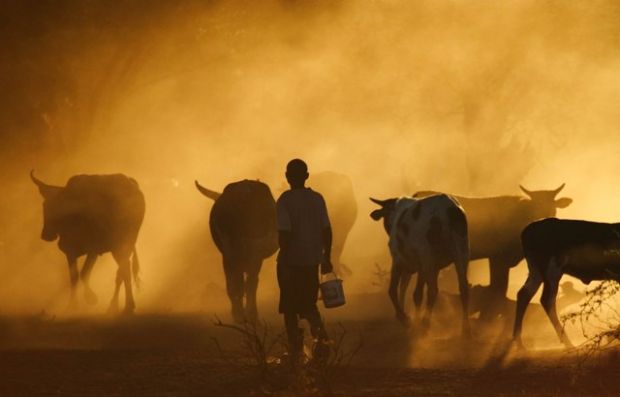 “Food security is an important foundation for peace, political stability and sustainable development. In the history of humanity, time and time again we have seen vicious circles linking violence and hunger -- and these are conflicts that are not restricted by national borders,” Graziano da Silva told meeting participants.

But the FAO Director-General also emphasised that, at the same time, food security can be used as “a conflict prevention and mitigation tool” for the advancement of peace and security. Policies and actions on food security can not only build resilience and resolve conflicts, but can prevent conflicts, too.

“We cannot just wait for an emergency to react. To achieve food security, we need to act before the crisis. We cannot prevent a drought from happening, but we can prevent it from becoming famine,” added Graziano da Silva.

Hunger kills far more people than war or terrorism, the FAO chief noted during his speech. For example, between 2004 and 2009, an estimated 55,000 people a year lost their lives as a direct result of conflict or terrorism, while in Somalia alone, between 2010 and 2012 over 250,000 died due to famine caused by severe drought, he said.

As agriculture continues to be the primary way of life for the majority of people in post-conflict countries, rehabilitation and revival of agriculture in those areas becomes crucial to alleviating poverty and ensuring overall development.
Source: FAO