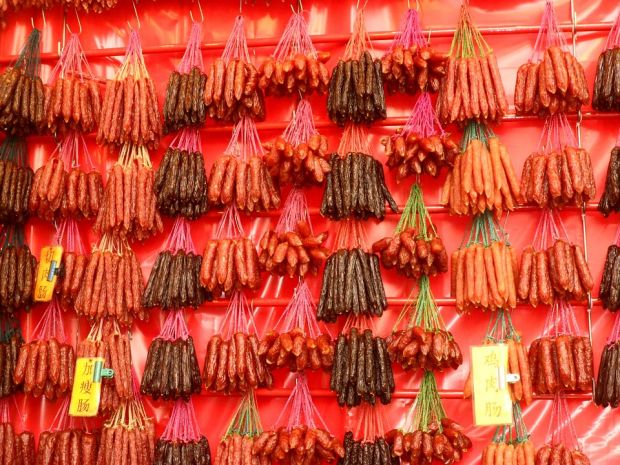 Officials detected the illegal pork in shipping containers after finding food products that had already been smuggled into the United States.

USA, Chicago. US border agents said they have seized 453,592 kg of food products from China this month, rather than 1 mill. pounds of pork as they had previously announced, as they work to keep out African swine fever.


The containers seized also had noodles and tea bags that were used to facilitate the unlawful import of pork products, Anthony Bucci, spokesman for Customs Border and Protection, said this week.

The previous week the agency said it had seized 1 mill. pounds of pork. Federal customs and agriculture officials are on high alert for illegal imports because China is suffering from an outbreak of African swine fever. There is no cure and no vaccine for the disease, which does not affect humans but is highly contagious and fatal to hogs.

Authorities may fine importers of the products, according to Basil Liakakos, chief agriculture specialist for Customs and Border Protection at the Port of New York/Newark, but they will have a hard time punishing the exporters. The importers have not been named publicly.

Officials detected the illegal pork in shipping containers after finding food products that had already been smuggled into the United States. Home to the world’s largest hog herd, China has reported 112 outbreaks of the disease in 28 provinces and regions since August. The United States wants to keep out the virus because an outbreak would likely limit trade and raise pork prices for consumers.

While the products’ importers may face fines, exporters are typically not penalized, Liakakos said. “It’s very difficult to penalize an exporting country,” he said. “You have to have a very large burden of proof to prove what they’re doing.”

US officials determined the seized products could contain ASF because China has the disease, according to Customs and Border Protection and the US Department of Agriculture. The agencies have worked together for about a year to gather intelligence and target ships that could pose a risk for the disease, said Lyndsay Cole, spokeswoman for the USDA’s Animal and Plant Health Inspection Service. The USDA will not test the seized products to determine whether they actually had African swine fever, Cole said, because all products found in violation of US regulations are destroyed.