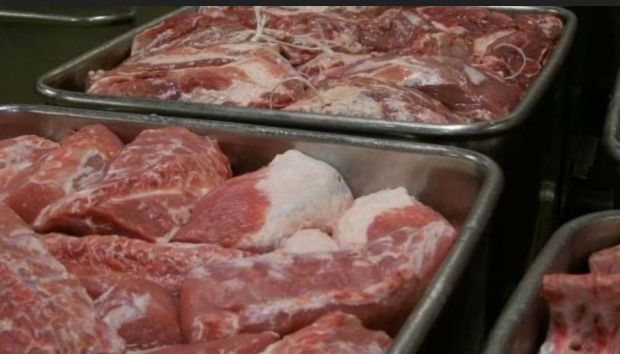 
German and Spanish suppliers of pork are benefiting from the shortfalls caused by African swine fever (ASF) in the People's Republic of China. The demand boom continues. At the same time, however, the risks are growing.

Asia will recover only slowly from the effects of ASF. Justin Sherrard, Rabobank's global analyst, expects the uncertainty in the global meat markets to continue for another three to five years. Until then, export flows will constantly reorient themselves – not only for pork, but also for the replacement products poultry and beef.

China and Vietnam are particularly affected by ASF. The disease is also spreading in Cambodia, Laos and Myanmar. The first outbreaks of ASF are also occurring in South Korea, the Philippines and East Timor. Furthermore Sherrard reports of a concrete threat for Thailand, reports agrarzeitung.de.

Due to the sheer size of the market, the biggest impact will come from ASF in China. There, the inventory loss could add up to 55% in 2019. "Due to the large liquidation in the first half of 2019, however, the decline in pork production is slower than the herd loss. For 2019, we expect pork production to decline by 25%," says Sherrard, explaining the effects on domestic supply.

Shrinkage is also foreseeable in the coming year. The Rabobank experts predict a further decline in Chinese pork production of ten to 15%. In tonnes, the shortfall in 2019 is at least 13 mill. t. Next year it could then be another four to six million tonnes less. By way of comparison, German production in 2018 amounted to 5.3 mill. t of pork.

In Vietnam, on the other hand, around 25% of the pig population could fall victim to ASF. "We now expect production losses of 20% in Vietnam in 2019," Sherrard updates Rabobank's forecast. This corresponds to a shortfall of 55,000 t of pork. A further decline of five percent or an absolute quantity of around 100,000 t is also foreseeable in 2020.

For Sherrard it is clear that these shortfalls cannot be offset by imports and that the Asian pork market will remain structurally undersupplied in 2019 and 2020. Prices are rising accordingly. Poultry meat will therefore play a greater role in closing the gap.

At the same time, the high prices offer incentives for a restocking of pig stocks. But there is also a risk of recontamination by ASF, warns Sherrard. High prices in some countries could also trigger market intervention by the authorities to ensure the availability of meat at affordable prices, according to the Rabobank analyst. "These are not exactly the market conditions that would be best suited to support structural responses to ASF," notes Sherrard.

Meanwhile, EU pigmeat exports are flourishing. The EU Commission reports a 45% increase in deliveries to China for the first seven months of 2019. In July alone, Spain sold 55% more than in the same month last year, followed by Germany with an increase of 43%. After Vietnam, about 32% more pork was sold from the EU between January and July 2019. The Commission expects EU exports of pork to all third countries to increase by twelve percent in 2019 compared with the previous year. Growth is also expected to continue in 2020.