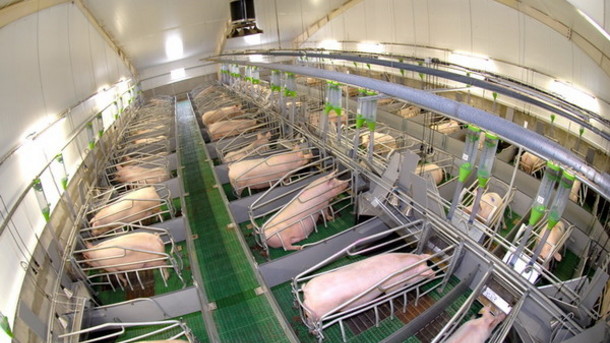 RUSSIA, Lipetsk. A pig farm in Lipetsk, operated by Russian pork processor Cherkizovo Group, has been hit by an outbreak of African swine fever (ASF), according to the company.


The outbreak was detected in a number of sows early on, which enabled Cherkizovo to isolate the infected livestock and prevent the disease from causing further damage to its herd. About 1% of the company’s livestock has been quarantined, but the virus outbreak is not expected to curtail Cherkizovo’s estimated production volumes for 2016.

However, the pork processor has established a crisis centre to monitor the situation and analyse the point of virus penetration, after a record number of ASF outbreaks were reported in Russia’s Lipetsk region this year. Earlier this month, it was reported that Russia was reeling from a massive ASF virus outbreak that led to around 20,000 pigs being culled.

There are now genuine concerns high up in the Russian political establishment that failure to tackle the disease could seriously disrupt the country’s pork sector. Russian President Vladimir Putin – who wants Russia to be a self-sustained meat producer – has ordered ministers to draw up an action plan to tackle the virus. Russia currently does not have a vaccine to fight against ASF, but recent effort s by the Russian Science Foundation have made progress on moving closer to the point where a vaccine is possible.

Due to a lack of medication, Cherkizovo invests heavily to bolster its biosecurity and, this year alone, pumped close to $4.6 Mill. into its disease control systems. The company said its infrastructure, technology and safety regulations complied with the world’s highest safety standards.

The outbreak of ASF is not to the only misfortune to befall Cherkizovo this month. Nearly 10,000 pigs were burnt to death after a fire tore through its farm on the border of Mtsensk and Bolhovskogo during the first week of September.