ASF: Meeting between the OIE and China’s Vice...
ASF

Meeting between the OIE and China’s Vice Minister of Agriculture 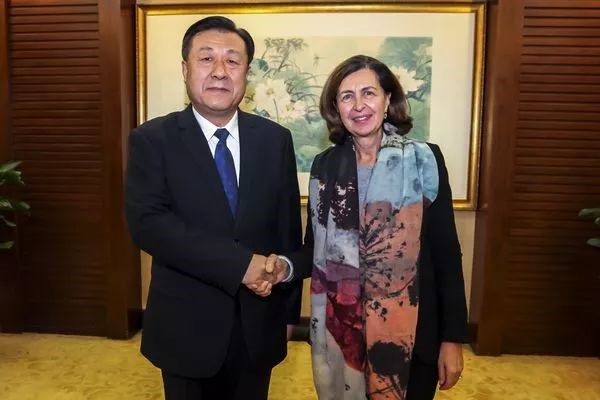 CHINA, Beijing. The People’s Republic of China is facing a major crisis for the pig production sector following the occurrence of African swine fever on its territory. Noting that China is the world’s leading producer of pigs and pork meat, and the Chinese market is virtually self-sufficient in terms of domestic consumption, Eloit emphasised that controlling the spread of the disease to farms and regions that are currently free is of crucial importance to limit the socio-economic and commercial repercussion of the epizootic.


During the meeting, the Director General of the OIE commended the regularity with which the Veterinary Services of China have been notifying the OIE of information on the identified cases of African swine fever and she made a point of acknowledging the considerable resources being deployed to detect and respond to outbreaks.


Kangzhen summarised all the measures taken by the Chinese Authorities over the past months for a better and stricter control of the disease such as the ban of swill feeding practices, the reinforcement of the control of live animal movements, the registration of vehicles, and other numerous measures to improve the early disease detection as well as the outbreak management. Acknowledging the relevance of the new regulations, Eloit encouraged the services of the Ministry of Agriculture and Rural Affairs to continue the actions being undertaken, in terms of farm surveillance of domestic pigs and wild boar, and the control of movements of animals and animal products.

Kangzhen and Eloit also discussed conditions relating to the operational implementation of concepts recognised by the OIE Terrestrial Animal Health Code that enable safe management of trade flows, such as compartmentalisation.