ISN calls for a fence 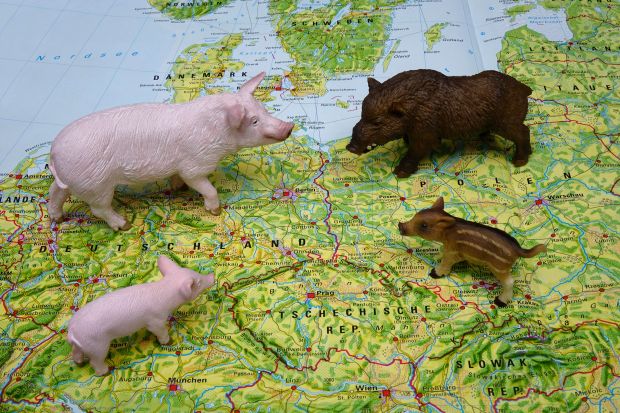 However, this required fencing must be explicitly distinguished from the fencing of complete national borders, as in Denmark.

GERMANY, Berlin. African swine fever (ASF) is approaching Germany from the east and is alerting German pig farmers. With a view to the new cases in western Poland, the Landvolk Niedersachsen and the Interessengemeinschaft der Schweinehalter Deutschlands (ISN) advocate consistent fencing of the affected areas in Poland to prevent the disease.


The organizations refer to the positive experiences that have already been made with fences around outbreaks of African swine fever in both the Czech Republic and Belgium. In Belgium alone, fences with a total length of approx. 250 km were erected in the affected ASF area, and they were successful: Since March 2019, no further adaptation of the area had to be carried out to prevent the spread of the ASF. However, this required fencing must be explicitly distinguished from the fencing of complete national borders, as in Denmark - they reject an approach analogous to Denmark.

If Poland does not initiate this measure as quickly as possible, the two organizations would also consider it necessary to erect fences on the German side to double the protection of the Polish restriction zones as part of further preventive measures. Brandenburg in particular must react quickly and intensify corresponding activities.

But Lower Saxony, as the number one agricultural state in Germany, must also fulfil its duty of precaution even more. Both farmers' representatives are encouraging the establishment of a Wildlife Disease Prevention Society, as has already been installed in North Rhine-Westphalia. As a general contractor, it could organise all necessary measures in the event of a possible ASP case in Lower Saxony. This includes not only fence construction and inspection, but also the search for cadavers in the wild boar population with special material and trained forces.

African swine fever can also be introduced into domestic livestock via feral pigs. Animal owners fear considerable economic damage even if the animal disease is introduced into the wild boar population of Lower Saxony, as it would lead to sensitive trade restrictions for meat as well as for meat and sausage products.