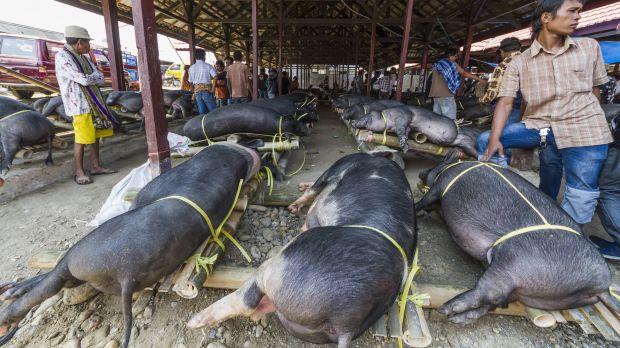 The risk of ASF in Indonesia is high because some of the animals are sold alive on the market.

INDONESIA, North Sumatra. The suspicion has now become a certainty: the high number of dead pigs in North Sumatra is due to an outbreak of African swine fever.


Indonesia is another Southeast Asian country affected by African swine fever (ASF). The outbreak has now been officially confirmed by the Indonesian authorities, reports the Food and Agriculture Organisation of the United Nations (FAO).


Since the end of September, domestic pig mortality has increased in North Sumatra and some other provinces. Earlier reports indicated that the animal losses were due to ASF, but this has not yet been confirmed. Since August 2018, ASP has broken out in eleven Asian countries: Indonesia, Mongolia, North Korea, South Korea, China, Philippines, Vietnam, Laos, Cambodia, Myanmar and East Timor.