Fence to protect the country 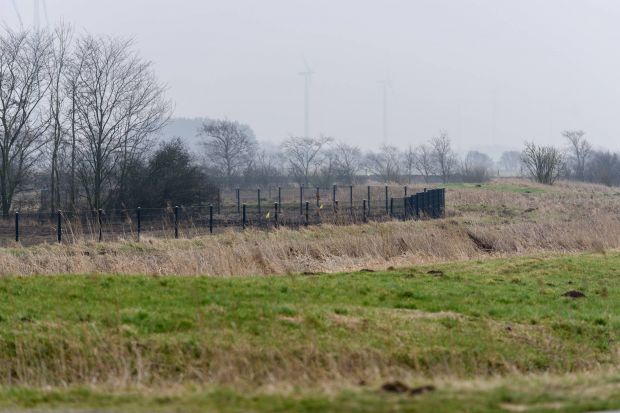 Experts doubt the effectiveness of the fence.

DENMARK, Copenhagen. After a construction period of ten months, the last gap of a bulwark against the ASP has been closed at the German-Danish border. Denmark wants to prevent the immigration of wild pigs.


In the fight against African swine fever (ASF), Denmark is relying on isolation: since the end of January, a fence 1.5 metres high and 70 kilometres long has been built along the border with its southern neighbour Germany. At € 6 mill., the construction costs were lower than the initially estimated € 10 mill. The fence has openings with an edge length of 20 centimeters at intervals of one kilometer through which small animals can cross the border. Numerous gates and stairs have been installed for pedestrians to cross the fence.

Nevertheless, the building in the border region is controversial as a sign of separation. Experts also doubt the effectiveness of the fence. African swine fever has so far spread westward through the wild boar population at a speed of ten to 15 kilometres per year. Large leaps in the spread, such as the most recent one from eastern Poland to 80 kilometres to the German-Polish border, are caused by people who carry the virus further. The ASP could also spread to Denmark by sea, as dead wild boars are repeatedly washed up on the Baltic coast.

Given the importance of pig farming for the Danish economy and the export of pork, the government decided to build the fence anyway, and took trouble with Brussels to do so. The EU Commission criticised the construction because it fears a violation of the Fauna-Flora-Habitat-(FFH)-Directive, as migratory animal species are prevented from moving from Germany to Denmark.