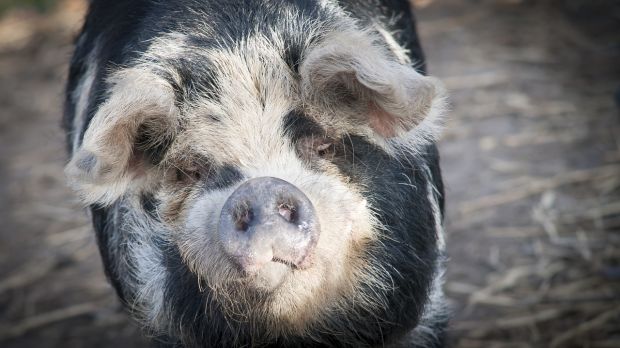 UKRAINE, Kiev. African swine fever is taking a heavy toll on Ukraine's pork industry, as there are now no regions free of the disease in the country, state veterinary body Gosvetphitosluzba has claimed. Fifty-nine outbreaks of ASF have been reported in Ukraine this year, including several on the border with the European Union (EU), in particular Romania, where 45,000 pigs had to be culled in the biggest outbreak in this part of Europe.


Although, in terms of total numbers, outbreaks this year are not as bad as in 2017, overall production is forecast to decrease by 5.2% or 33,000 t to 594,000 t, said Artur Loza, head of Ukraine's Association of Pork Producers (APP), speaking at a conference in Kiev in late June.

As of 1 April 2018, there were 6.6 mill. pigs in Ukraine, 8.1% down on the level registered at the same time last year, the State Statistical Service has estimated.

Ukraine has seen pork production reduce constantly since 2014, when the first ASF outbreak was confirmed in the country. APP estimated that the total volume of pork produced in Ukraine in 2015 was around 740,000 t.

ASP is also driving up domestic pork prices, said Alexey Doroshenko, general director of the Ukraine Association of Retail Network Suppliers, speaking to a local news outlet Golos. As a result, the domestic market's self-sufficiency in pork products could reduce to a record low of around 40%, he said.

The industry is suffering heavy losses as, for example, one outbreak registered at a farm in the Kiev region cost its owners some $38 mill. and "numerous farms in the country have been similarly affected", according to Doroshenko.

Average pork consumption in Ukraine has also fallen in recent years and currently stands at 19 – 20 kg per capita, according to estimates from APP. This is believed to be one of the lowest levels ever seen in the country and is two times lower than the European average, Loza admitted.

ASP outbreaks are also reported to be taking place in parts of the Donetsk and Luhansk regions, temporarily occupied by pro-Russian rebels, as well as in Crimea. However, Ukraine government agencies have no information about the spread of the virus in these parts of the country.