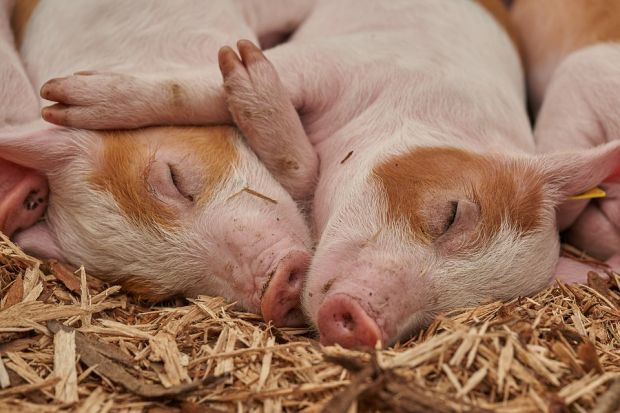 African swine fever has driven up chicken prices, as shoppers turn to the country’s second most popular meat.

Muyuan Foods Co. Ltd cut its 2018 net profit forecast to between 500 mill. yuan ($73 million) and 550 mill. yuan, down at least 20% from an earlier estimate in October, showed a filing to the Shenzhen Stock Exchange. The revised figures are nearly 80% down from the 2.4 bn. yuan in profit reported for 2017. Muyuan said it was cutting its forecast following lower than expected live hog prices in the fourth quarter. Most of the firm’s pig production is in northern China, the filing said, where prices have been hit hard by measures aimed at controlling the spread of the disease.

Wens Foodstuff Group Co Ltd also warned of 2018 net profit between 3.9 bn and 4.0 bn. yuan, down about 40% from 6.75 bn. yuan the year before. Wens said African swine fever weighed on prices in the second half of 2018, following low prices in the first half.

Still, the company, which also produces poultry, benefited from a strong increase in chicken prices and from a 17.1% rise in the number of pigs it sold in 2018. African swine fever has driven up chicken prices, as shoppers turn to the country’s second most popular meat in the face of short supplies of pork in some places and on concerns of food safety.

Major poultry producer Fujian Sunner Development Co Ltd hiked its forecast for 2018 profits on Monday, partly due to tighter supplies of chicken. It expects net profits of around 1.5 bn. yuan, up about 380% from 315 mill. yuan a year earlier.