ASF: China loses a quarter of its pigs
ASF

China loses a quarter of its pigs 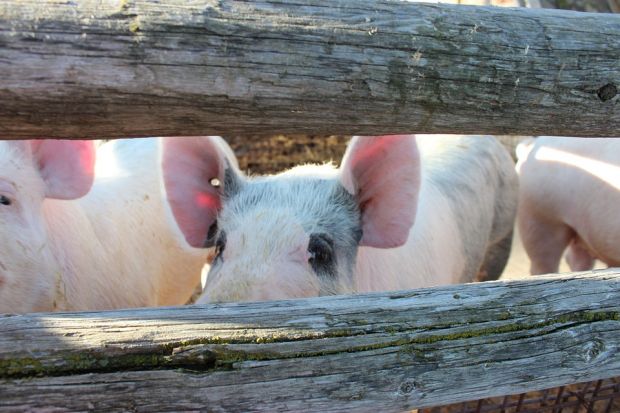 As the Beijing Ministry of Agriculture announced the total population fell by 5.1% compared to May.

CHINA, Peking. In China, the massive reduction in pig herds as a result of African swine fever (ASF) continued in June. As the Beijing Ministry of Agriculture announced the total population fell by 5.1% compared to May.


According to the random sample survey, the pig population fell by 25.8% compared to June 2018; the number of sows decreased by 26.7%. Meanwhile, the National Statistics Office in Beijing reported that pig slaughtering in China in the first half of 2019 fell by 6.2% year-on-year to 313.5 mill. According to the authority, pigmeat production of 24.7 mill. t was 5.5% below the previous year's level.

Meanwhile, the increasingly scarce supply of pigs is causing prices to skyrocket at all stages of the market. According to agency reports, the average price of slaughter pigs in the country has now reached 18 CNY/kg live weight (€ 2.32), about half more than twelve months earlier.

The consequences of ASFare also reflected in consumer prices. According to the statistics office, in June pork cost consumers on average a good 21% more than in the same month last year. Higher pork imports, which at 187,460 t in May were almost 63% above the comparable level of the previous year, are expected to curb price increases. In the first five months of this year, Chinese pork imports increased by around 20%.

The situation in neighbouring Vietnam is hardly any better. According to the Ministry of Agriculture in Hanoi, more than 3 mill. pigs have fallen victim to the animal disease since the ASP first appeared in February 2019; this corresponds to 11% of the total stock. Analysts estimate that the country will have up to 500,000 t less pork available this year. With an average per capita consumption of over 31 kg, Vietnam is the country with the highest per capita consumption of pork in Southeast Asia.