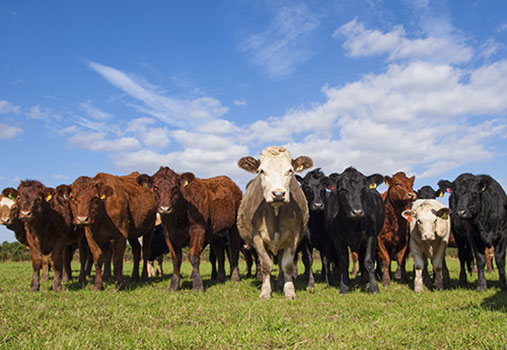 fleischwirtschaft.com — AUSTRALIA, St. Leonards. The Australian Meat Industry Council (AMIC) has called on the Federal Government to give financial support to the red meat industry after it suffered long periods of drought and flood.
Facebook
Twitter

The call from AMIC CEO Patrick Hutchinson came after the South Australian Government pledged $5.3 mill. in support to its local red meat industry.

AMIC said it welcomed the move from the regional government, which will help to support the growth, productivity and biosecurity of the state's local red meat manufacturing industry.

Australian farmers have been facing some of the worst droughts in its history and there have been flooding in the state of Queensland. "While we have seen the worst drought in living memory and recent catastrophic floods in Queensland, which have affected one part of the supply chain, the devastation has reverberated along the full length of the red meat supply chain, affecting many processors, small goods manufacturers and independent butchers, many of whom are small business owners in regional and rural Australia." said Hutchinson.

"In addition, they are facing further droughts of their own – a drought of workers caused by an unfit visa system, a lack of relief from non-tariff barriers to export markets, excessive operating costs such as energy and an increasing red-tape burden." he added.

AMIC will be presenting a report to cross-parties within the Federal Government and calling for the excessive red tape cost burden to be cut.