From Editor fleischwirtschaft.com
Friday, May 26, 2017 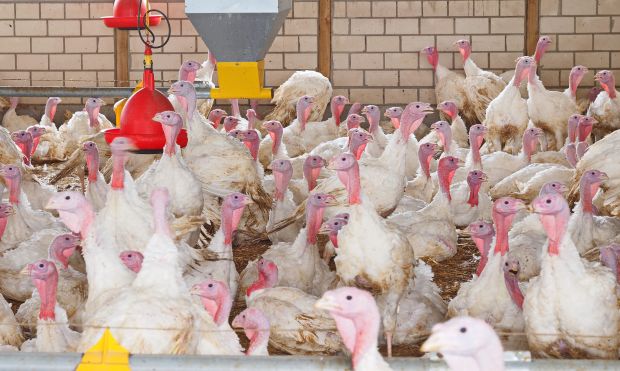 
It is believed that the source of infected poultry was the Eurodon poultry farm in Rostov Oblast, where the new AI outbreak has been officially registered in mid-April. The affected regions are: Kransnodar Krai, Republic of Bashkortostan, Republic of Tatarstan, Udmurt Republic and Chuvash Republic.

Olga Grekova, the spokeswoman of Eurodon, commenting on the AI outbreaks at the facility, said that the company suspects that it was not an accident. She explained that Eurodon applies to only the most advanced safety technologies and is accounted for the highest level of biological control at the production facilities that none of Russia’s other poultry producers have. The company believes in the possible “artificial nature” of the registered outbreaks, Grekova said, not specifying, however, what it means.

Meanwhile, the situation in central Russia on AI has heavily worsened over the past few weeks, as six outbreaks were reported in the Republic of Tatarstan, according to Rosselkhoznadzor.

The initial source of the virus remains unknown, but the first outbreak in the region was reported in the Laishevo poultry plant in early May. The total poultry flock at the facility was 450,000 head which will be fully culled with the total losses reaching $1.6 mill., according to company’s executives.

Almaz Khisamutdinov, the chief veterinary doctor of Tatarstan said nearly one million eggs from the Laishevo poultry plant entered the market in the weeks prior to outbreak. This production potentially could be infected, he said, while several local media with the reference to the insiders in the regional government reported that the infected products were delivered to kindergartens and schools.

In addition to the Laishevo plant, AI has been officially confirmed at the five backyard farms in Tatarstan, while Rosselkhoznadzor reported on the identification of the first outbreak in the neighbor Mari El Republic. The veterinary body has not revealed any details on this incident yet, only saying that all necessary measures aimed to constrain the further spread of the virus have been held.

Rosselkhoznadzor also said that infected poultry, most likely from Eurodon, have been revealed in Russia’s Far East, specifically in Primorsk Krai.