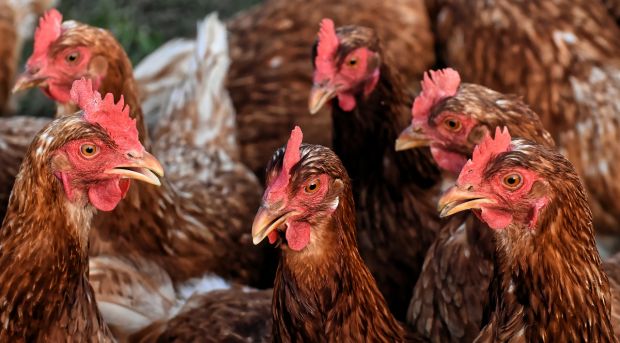 A 3-km protection zone had been set around the poultry farms.

All the hens and ducks at the two farms would be culled, the food agency said. It said that a 3-km protection zone had been set around the farms and the movement of domestic, wild and other birds and has been banned within it, as has the sale of eggs and poultry.
Source: BFSA