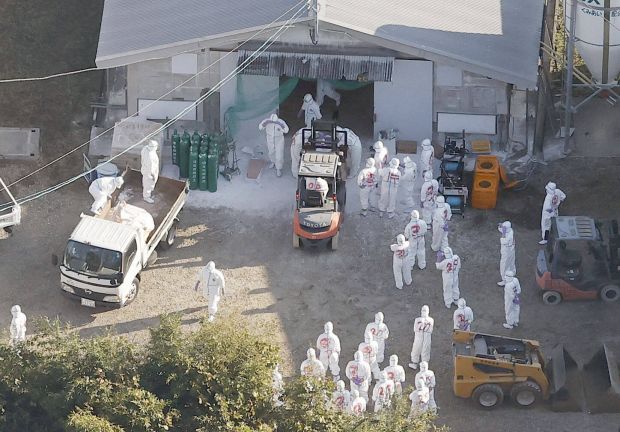 Just over 130,000 chickens at two farms in Mihara city will be culled.

JAPAN, Tokyo. Bird flu has been detected in a fifth Japanese prefecture, the Ministry of Agriculture, Forestry and Fisheries of Japan said.

This wave of infections at poultry farms sparks the Japan’s worst outbreak in more than four years.

Just over 130,000 chickens at two farms in Mihara city will be slaughtered and buried, while exports in a 3 km radius around the farm will be restricted. The new action means nearly 2 mill. chickens will have been culled since the latest outbreak began.

Japan’s last outbreak of bird flu was in January 2018 in Kagawa prefecture, when 91,000 chickens were culled.