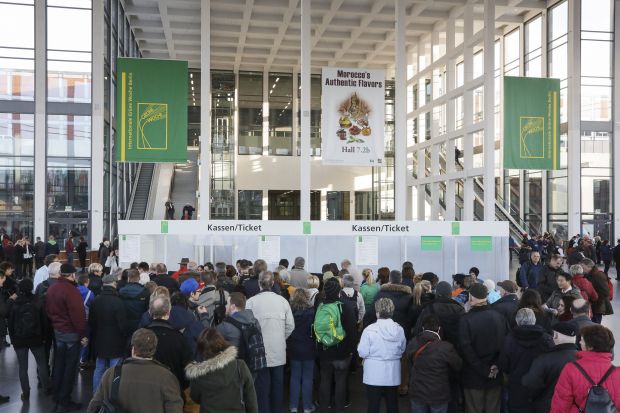 GERMANY, Berlin The International Green Week Berlin will be celebrating an anniversary when the world's largest trade fair for agriculture, the food industry and horticulture opens its doors on the Berlin Exhibition Grounds for the 80th time.

From 16 to 25 January 2015 more than 1,600 exhibitors will be presenting a global overview of foods and specialities as well as a comprehensive display of farming and horticultural products in 26 halls. Some 500 companies from every region in Germany will be hosting a large display of authentic and local specialities from the individual federal States in eight halls.

Over 400,000 trade visitors and members of the general public are expected to attend. Taking as its slogan "Take your time" Latvia, next year's partner country, is making preparations to host its largest display to date in Hall 8.2.

On the last three days of the Green Week (23 to 25 January) the "Allergy & Free From Show" and the "V Delicious Show" targeting allergy sufferers, vegetarians and vegans will be taking place in Hall 26b.

Pointers to help find one's way around: the display areas featuring farming exhibits are on the southern section of the exhibition grounds. The Road of the Federal States passes through the halls encircling the Summer Garden on the western side and the international food industry can be found mainly in the display halls on the eastern side of the grounds.
Source: Messe Berlin