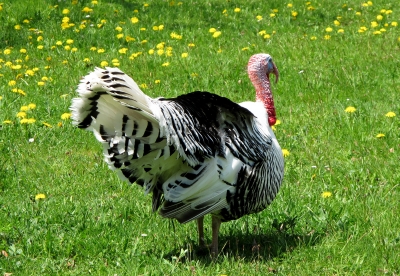 Traditional Norfolk Poultry, which was a winner of the 2013 EDP's business award for farming excellence, is increasing staff numbers by more than 25% and creating 35 new jobs over the coming months, according to Eastern Daily Press.

Mark Gorton, who is a director of the specialist chicken and turkey business, started the business in 1987 with David Garner rearing a dozen bronze turkeys for the Christmas trade.

Now their business, which is based at Shropham, near Attleborough, and is a former winner of the Farmers Weekly Poultry Farmer of the Year Award, currently employs 130 staff. Gorton said that the first free-range chickens will be going into stores next month. "This will allow us to expand our farming base and to also recruit a number of new farmer growers to grow the birds for us," he added.

The business, which rears poultry including the range of specially-bred Norfolk Black Chickens for Sainsbury's on a total of about 50 farms in Norfolk and Suffolk, is looking to take on more contract farmers.

He said the immediate goal was to find new sites for rearing free-range chickens, which were typically kept in smaller flocks of up to 5,000 birds.

Since the Norfolk Black Chicken was launched exclusively with Sainsbury's about 18 months ago sales have been rising continuously.