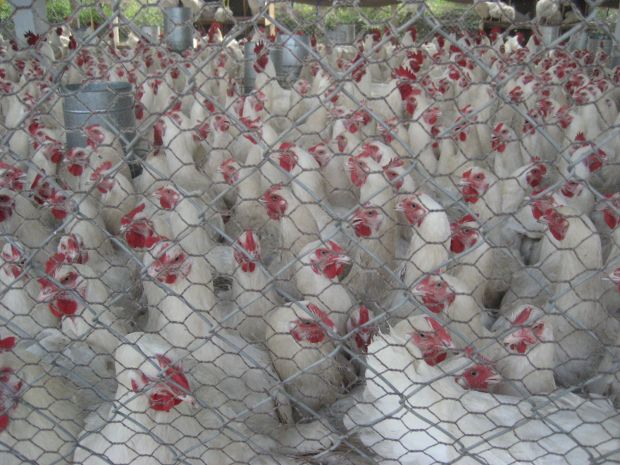 ENGLAND, Colmore Row, Birmingham. The new chicken farm between Sutton Veny and Longbridge Deverill, near Warminster, will house nearly 180,000 chickens. This was reported by BBC News.

Plans for a massive chicken farm on the site were first proposed in 2012 to replace a smaller, derelict factory. A decision was deferred by Wiltshire Council but a new application was submitted by Amber Real Estates Investment Ltd earlier this year. This company names one of its directors as Ranjit Singh Boparan, known as "The Chicken King" after founding the 2 Sisters Food Group.

Four 100m-long buildings holding more than 40,000 broiler chickens were proposed on a site in an area of outstanding natural beauty about 150m from neighbouring homes. Wiltshire Council officers recommended it for approval, saying it "would not have an adverse impact on the character or appearance of the locality and in particular the Area of Outstanding Natural Beauty".
Source: BBC News