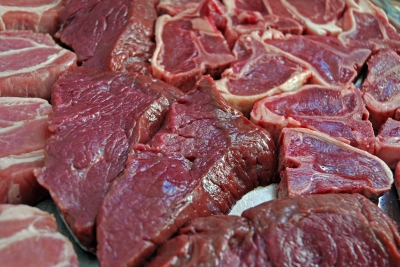 fleischwirtschaft.com — UNITED KINGDOM, London
Facebook
Twitter
Related News
British beef and lamb could be heading to China in a new agreement that could be worth up to £120m to the UK economy each year.

Owen Paterson, Secretary of State for Environment, Food and Rural Affairs, welcomed a new agreement between Defra and the Chinese authorities to begin negotiations on opening export routes for British beef and lamb suppliers to China, achieved during UK and China trade talks hosted by the Prime Minister and the Foreign Office.

This landmark agreement is the first time that talks have opened since restrictions relating to BSE were imposed on British beef and lamb in the 1980s.

It follows Owen Paterson’s successful visit to China last year with the Prime Minister, where he secured an export deal for pork products worth up to £45m for the UK and his meeting with Minister Zhi on 1st April. UK food and drink exports to China were worth £257m last year. Defra ministers have frequently visited priority overseas markets such as China to champion the best of British food.
You can buy the rights to this article here.
Source: Defra