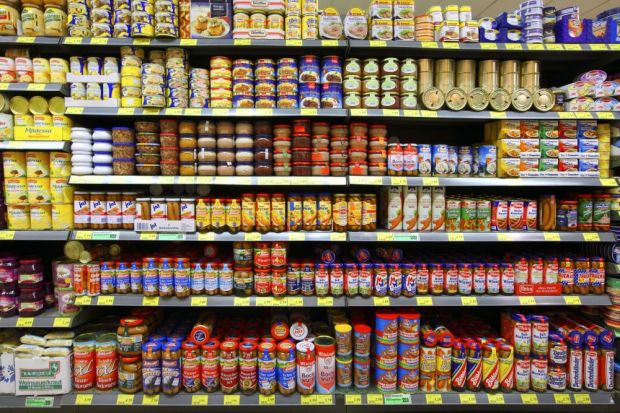 As in March, the negative effects of the corona crisis on production were also evident in April. Nevertheless, the shelves in the supermarkets were mostly well filled.

GERMANY, Berlin. The corona pandemic has left deep scars on the balance sheets of the German food industry despite the German citizens' hoarding purchases in April.

The corona pandemic has left deep scars on the balance sheets of the German food industry despite the German citizens' hamster purchases in April. According to the Federation of German Food and Drink Industries (BVE), the industry recorded a 5.1% drop in sales to € 15.02 bn. in the month under review compared to April 2019. According to the BVE, the slump was due to declining sales figures, which were 7.5% below the previous year's figure. In contrast, producer prices in Germany and abroad increased slightly.

As the BVE economic report published today further shows, food worth € 4.70 bn. was exported in April. This corresponded to a decline of 3.9%. The volume decline in sales abroad was even 8.7% compared to the previous year. As in March, the negative effects of the corona crisis on production were also evident in April: the calendar and seasonally adjusted production index of the German food industry fell by 15.6% compared to April 2019.

Meanwhile, the mood in the industry recently showed a trend reversal: The balance of the business climate in the monthly ifo business climate index rose by 23.4 points in June and, at plus 6.1 points, was in positive territory for the first time in four months. The assessment of the current business situation also managed to overcome the low point in May and rose to a total of 3.2 points in June. The business expectations for the coming months also show a clear upward trend: with a balance of plus 9.0 points, the indicator gained 23.4 points compared to the previous month and 21.8 points compared to the previous year.
More about this topic 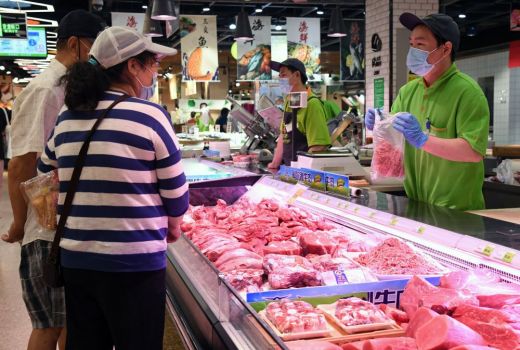 imago images_Xinhua
Meat market
China blocks "Corona suppliers"
More and more meat producers around the world are banned from importing meat into China due to corona outbreaks in their production plants. more ››